In contrast to the series of Emporio Armani stores designed throughout the U.S. in a single common idiom, this location stands as a one-of-a-kind environment. Although the space is modest in size, the brand saw it as a flagship, stocking a spare, curated assortment, and Mr. Armani’s concept for the store, which sits on a prominent corner in New York’s SoHo, sought to represent the unique vibe of its downtown location and customer base. To that end, high and low, old and new, rough and refined sit in poignant juxtaposition here: a honed-granite floor abuts sandblasted concrete-block walls, for example, against which sit the store’s sophisticated offerings. At the center of the space, frosted acrylic, lit from within, surrounds original cast-iron columns — a ghost of the past seen through a modern shroud. 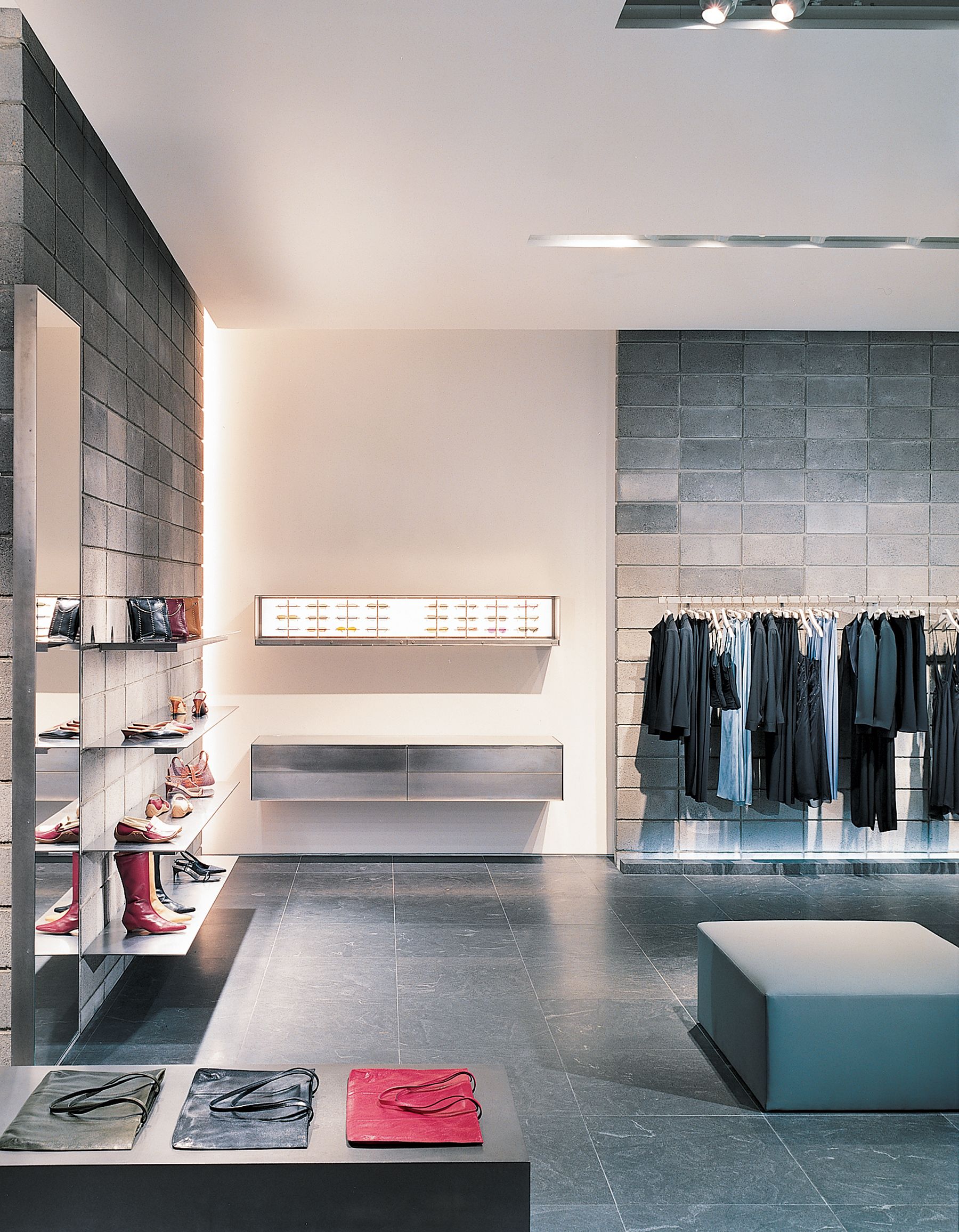 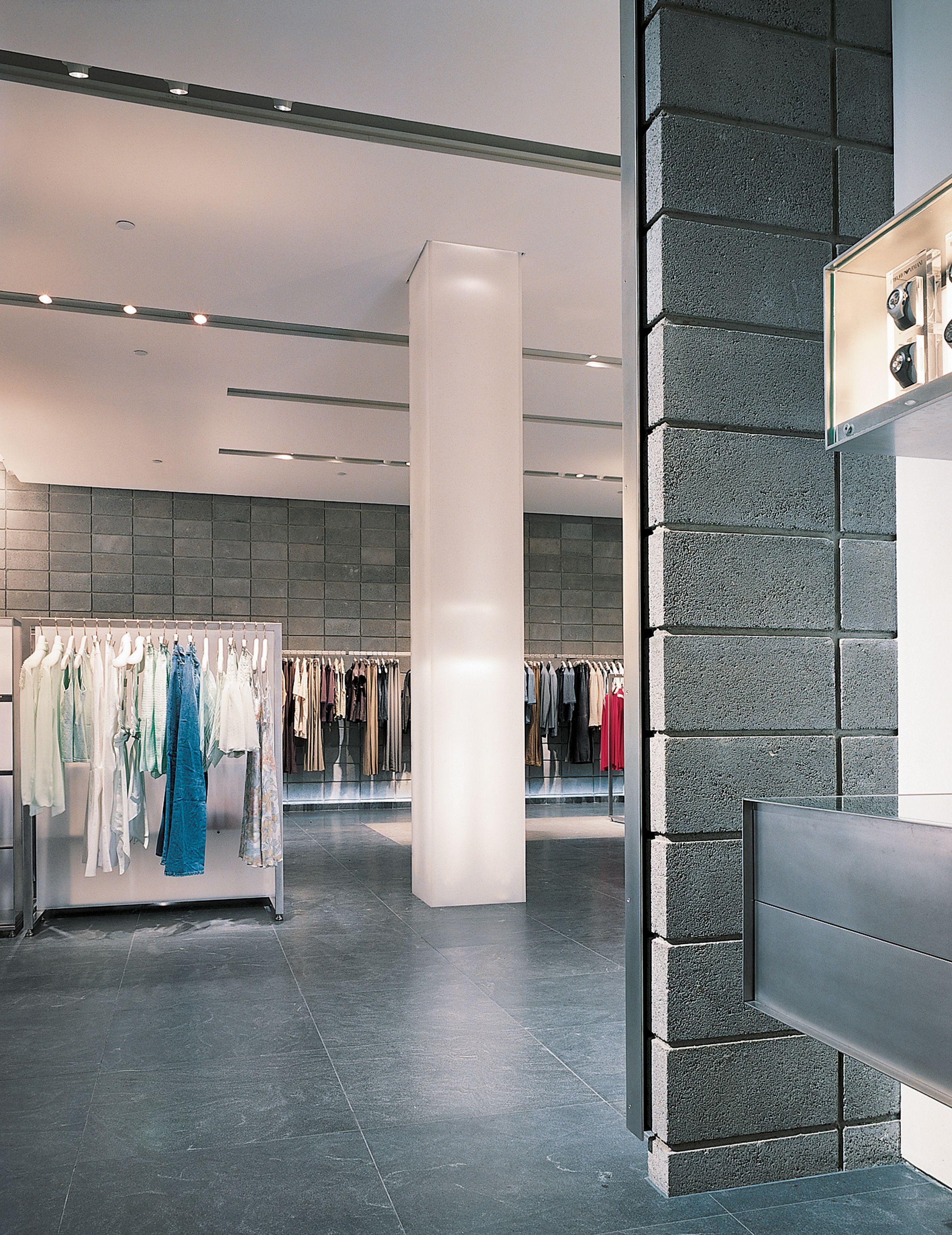 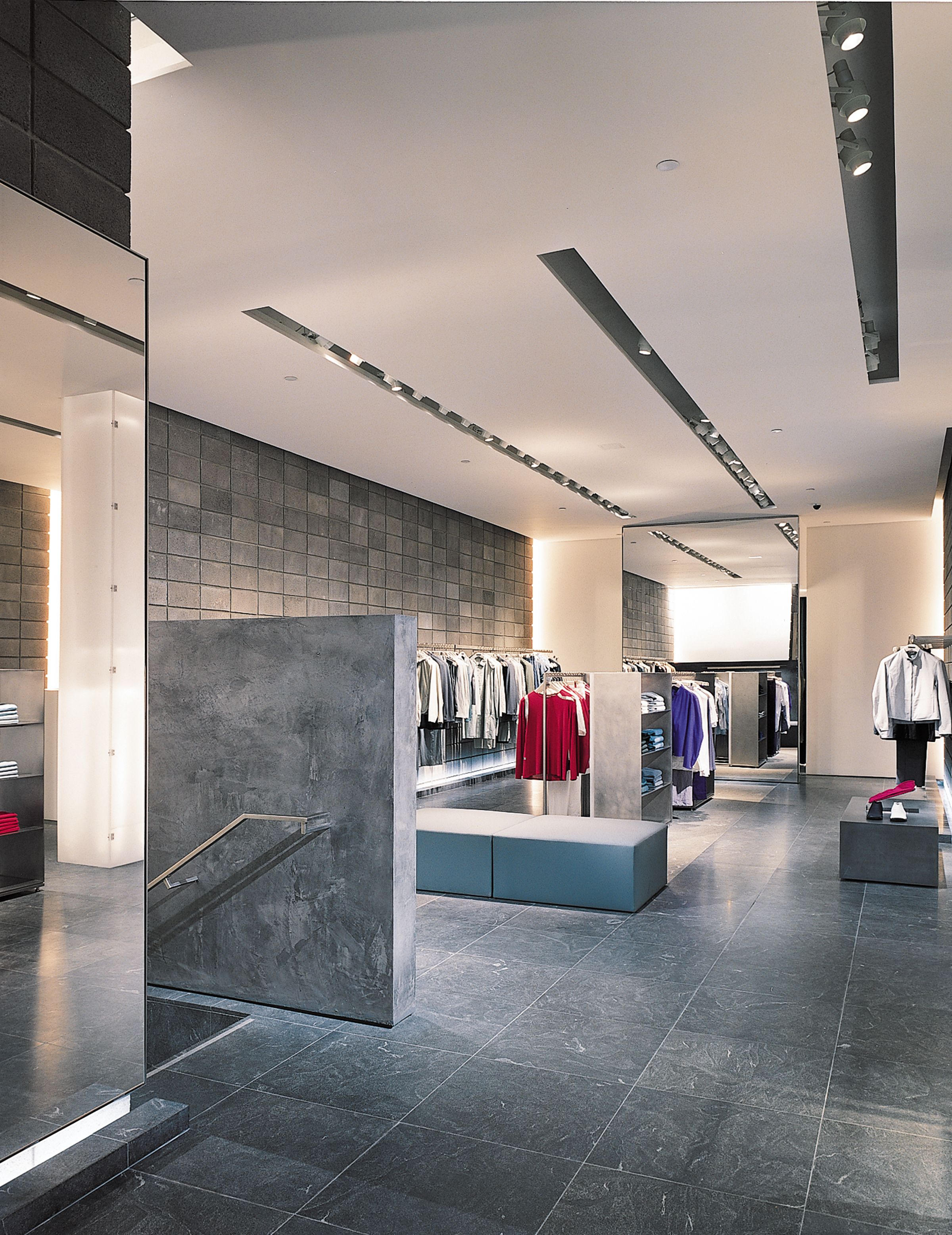