1345 AVENUE OF THE AMERICAS

This project calls for the reinvigoration of the 50-story Midtown Manhattan office tower at 1345 Avenue of the Americas, whose owners sought to reimagine its lobby, public plaza and existing underground retail and commercial space, currently inaccessible from the street. An iconic architectural feature rebrands the property, replacing existing plaza fountains and serving both as a beacon for passersby and as a welcoming entry point to a newly activated underground space. The scheme sees a monumental elliptical glass canopy supported at an angle by an arching beam across the entrance. This lens-like oculus covers the similarly shaped sunken space, providing daylight, sky views and visual connection between the plaza above and the commercial space below. 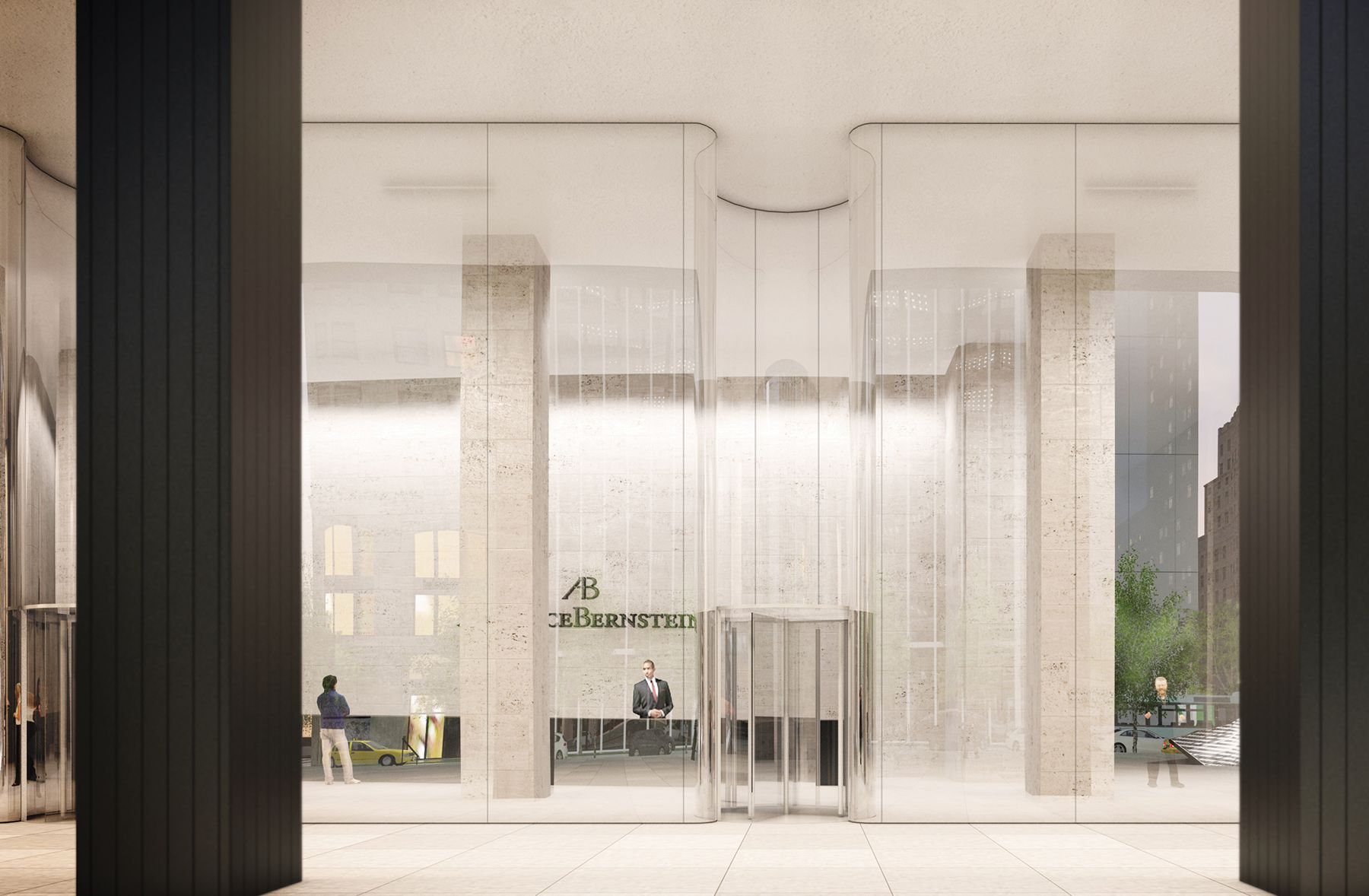 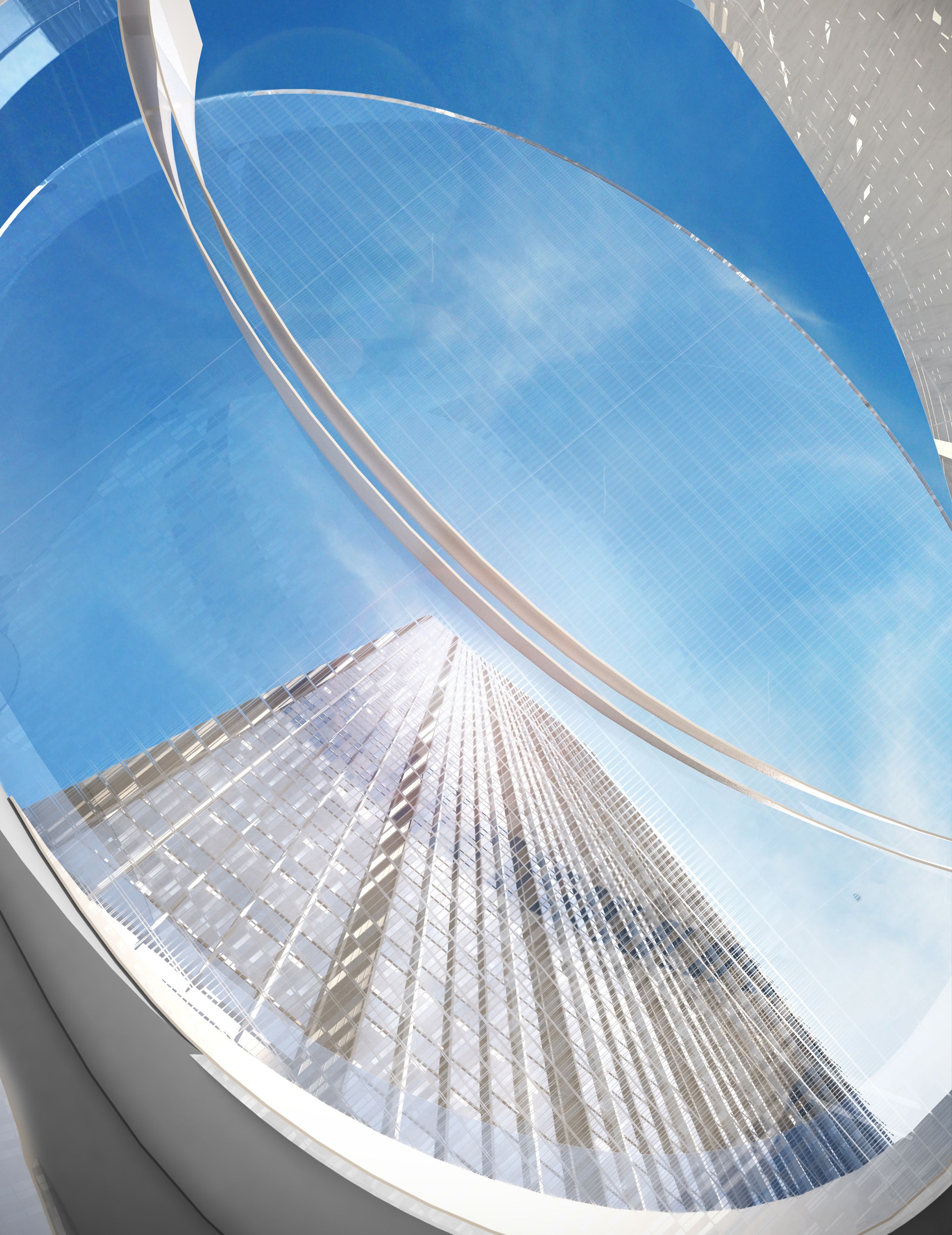 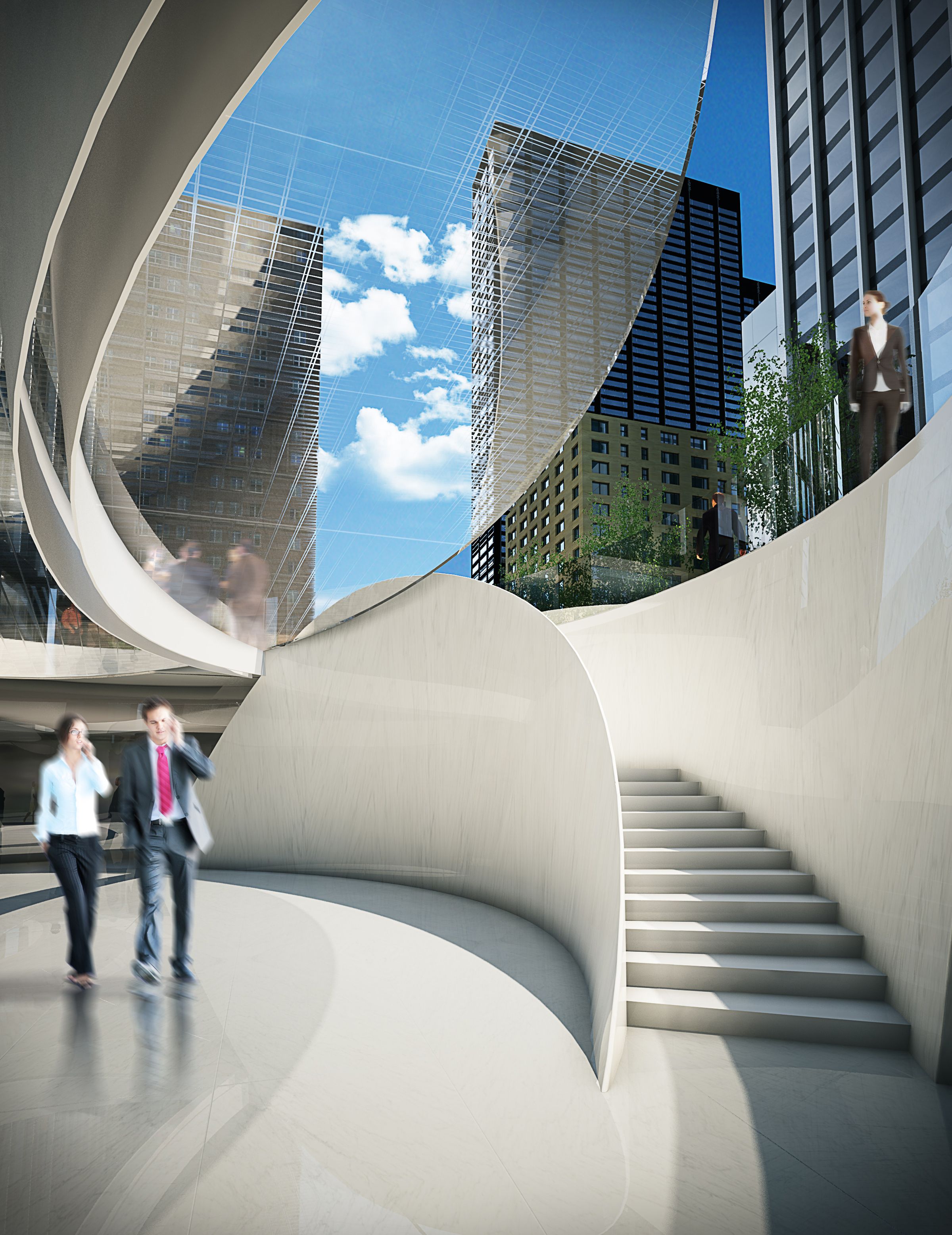