Designed to introduce Canadian luxury retailer Holt Renfrew’s off-price concept, this store stands as a bold brand statement. It occupies the terminus of the central axis of Montreal’s Quartier DIX30 development, the facets of its perforated aluminum façade creating a striking sculpture that both captures and reflects daylight and evening illumination. At night, it also glows warmly from within, becoming a canvas for a computerized LED display. The interior proceeds from the forms of the exterior, split into men’s and women’s halves by a central spine connecting the façade to the cash/wrap opposite. In between, customers browse a series of “hedges” — 10-foot-high walls that both house merchandise and separate different product categories, just as boxwoods divide a garden — then return down the spine to exit through the iconic, light-filtering façade. 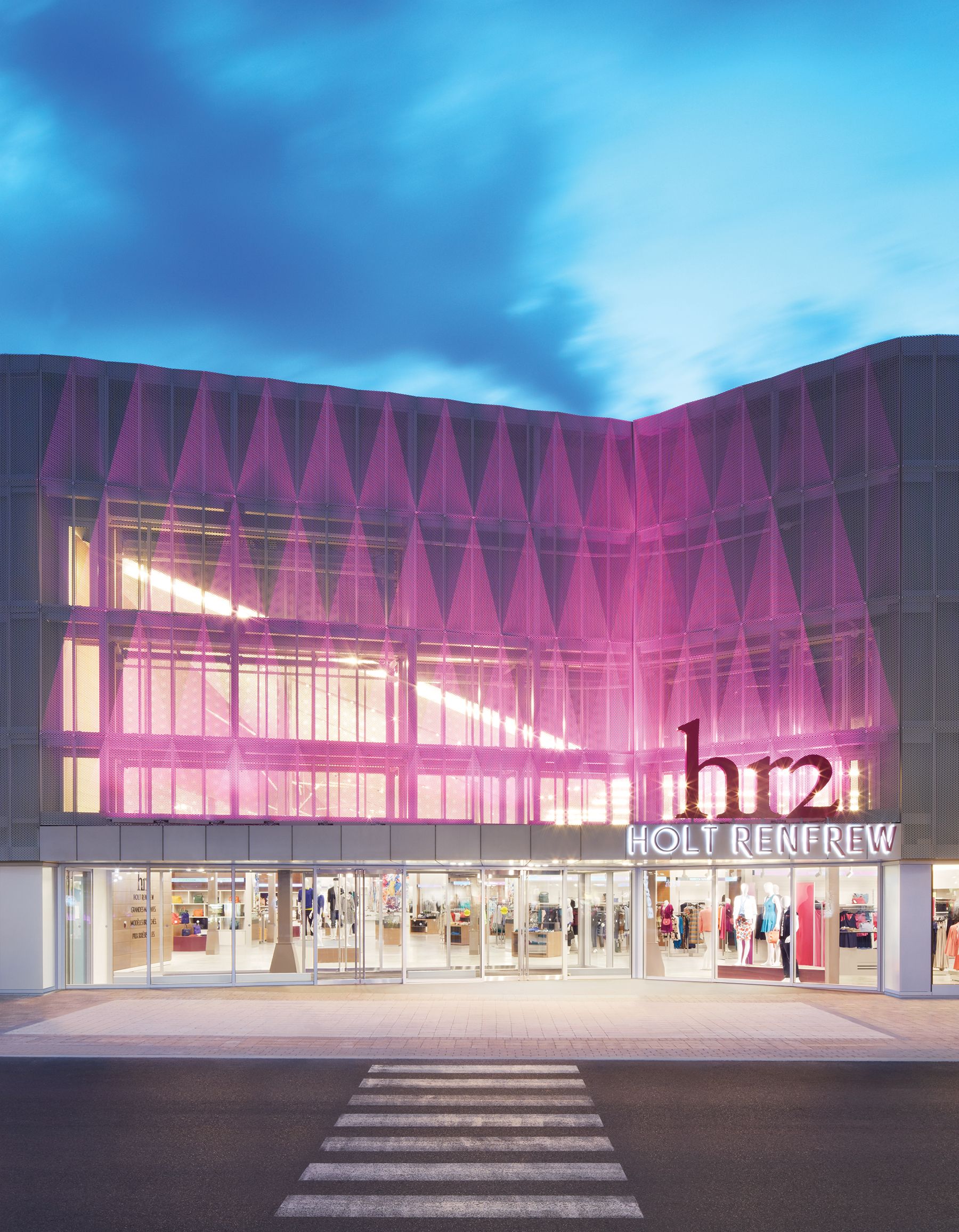 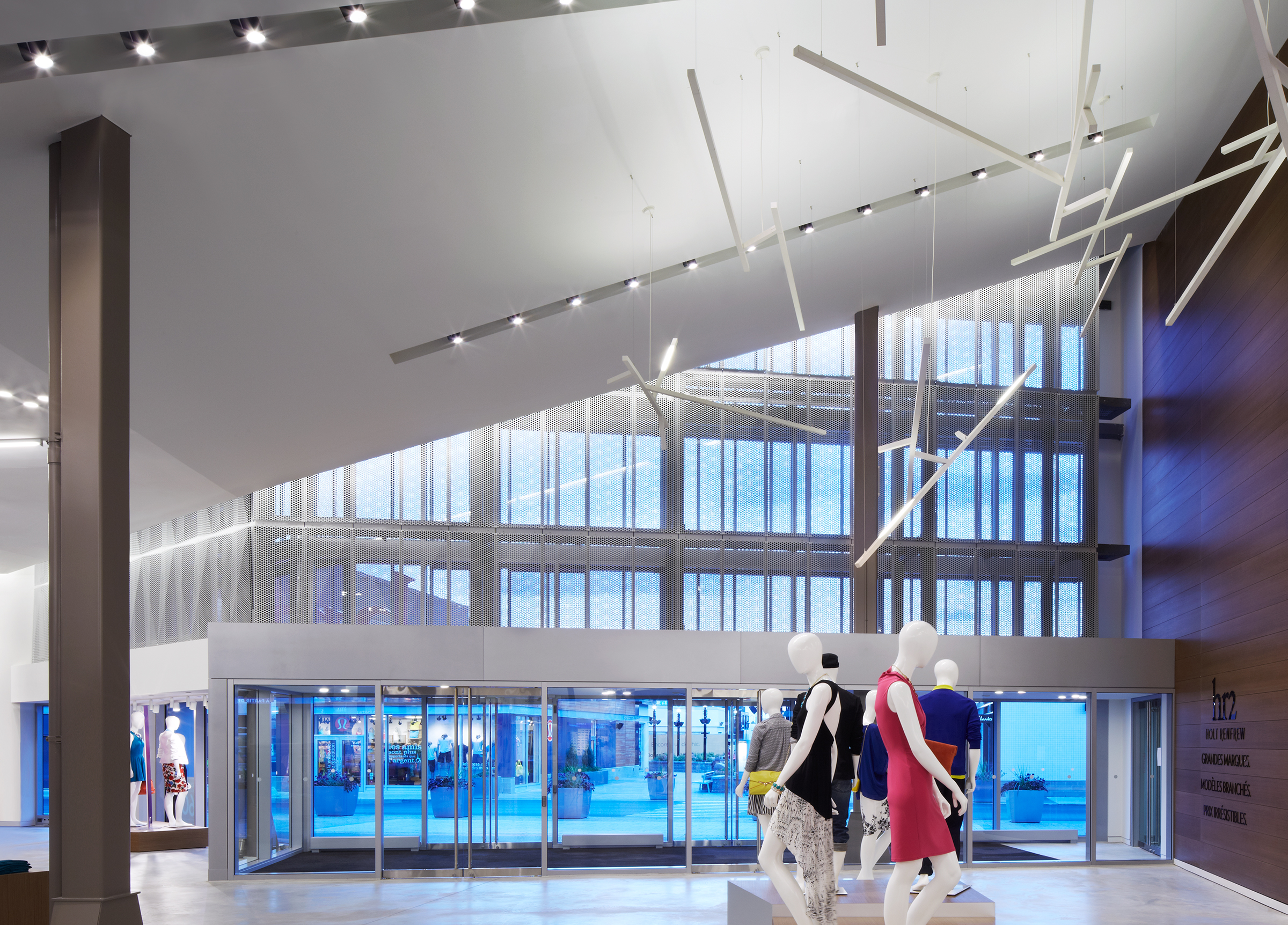