Begun in 2004 as a renovation of Los Angeles’s Continental Hyatt House (once a Sunset Strip hangout for rock-and-roll royalty), this project became the American debut of Hyatt’s Andaz concept, and an entirely new scheme — conceived as an icon for an emerging brand — replaced the original notion. Inspired by the mid-century aesthetic of the 1960s property, the ultimate design pays homage to such masterful L.A. modernists as Richard Neutra and Pierre Koenig. It encloses the balconies of the west-facing rooms in glass to reinvent the building’s Sunset Boulevard façade, expanding those rooms into mini-suites with impressive views. A new steel-and-glass pavilion at the base of the hotel’s tower, with a site-specific installation by artist Jacob Hashimoto, houses the hotel’s restaurant and simultaneously serves as a new marker for the property on Sunset. 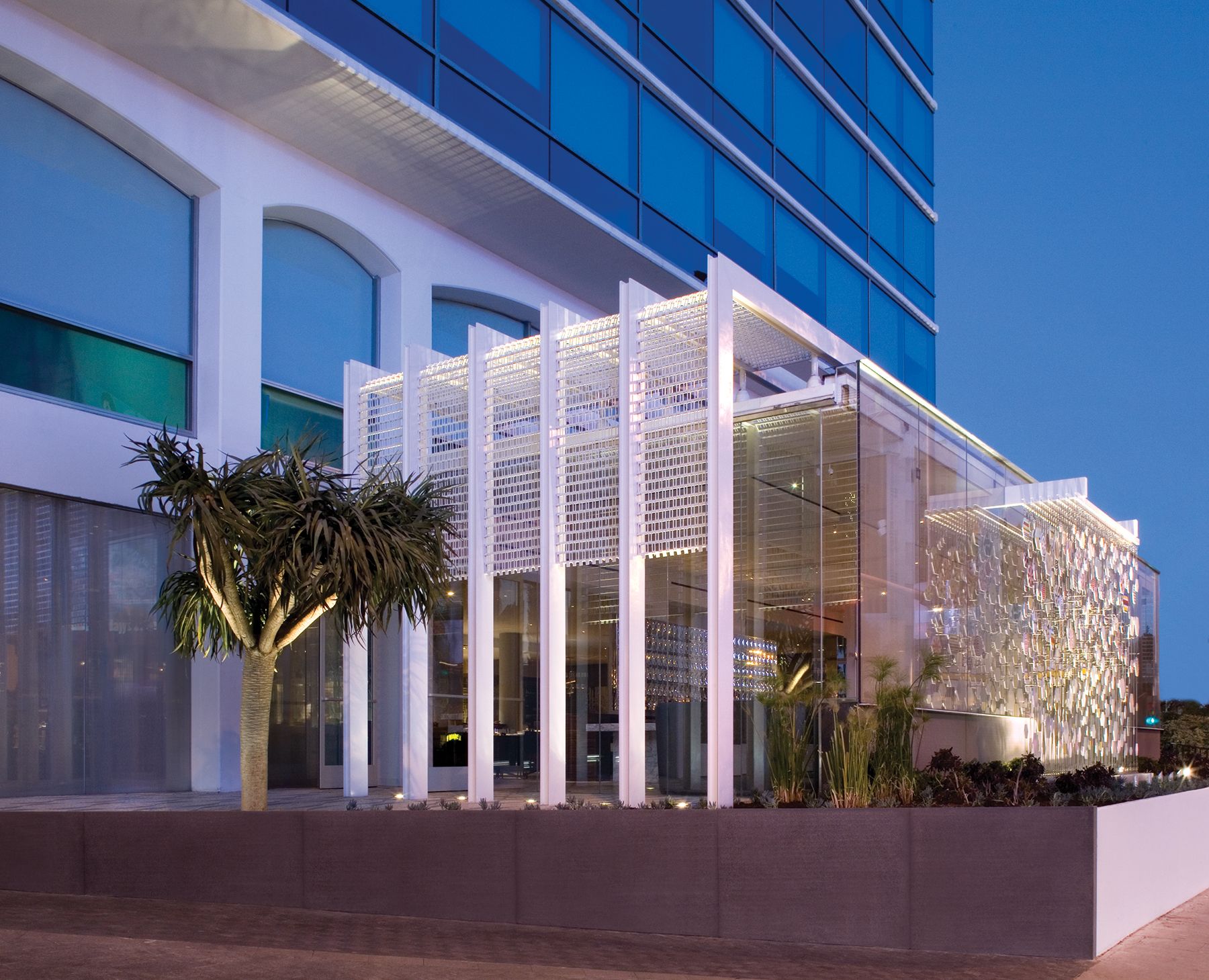 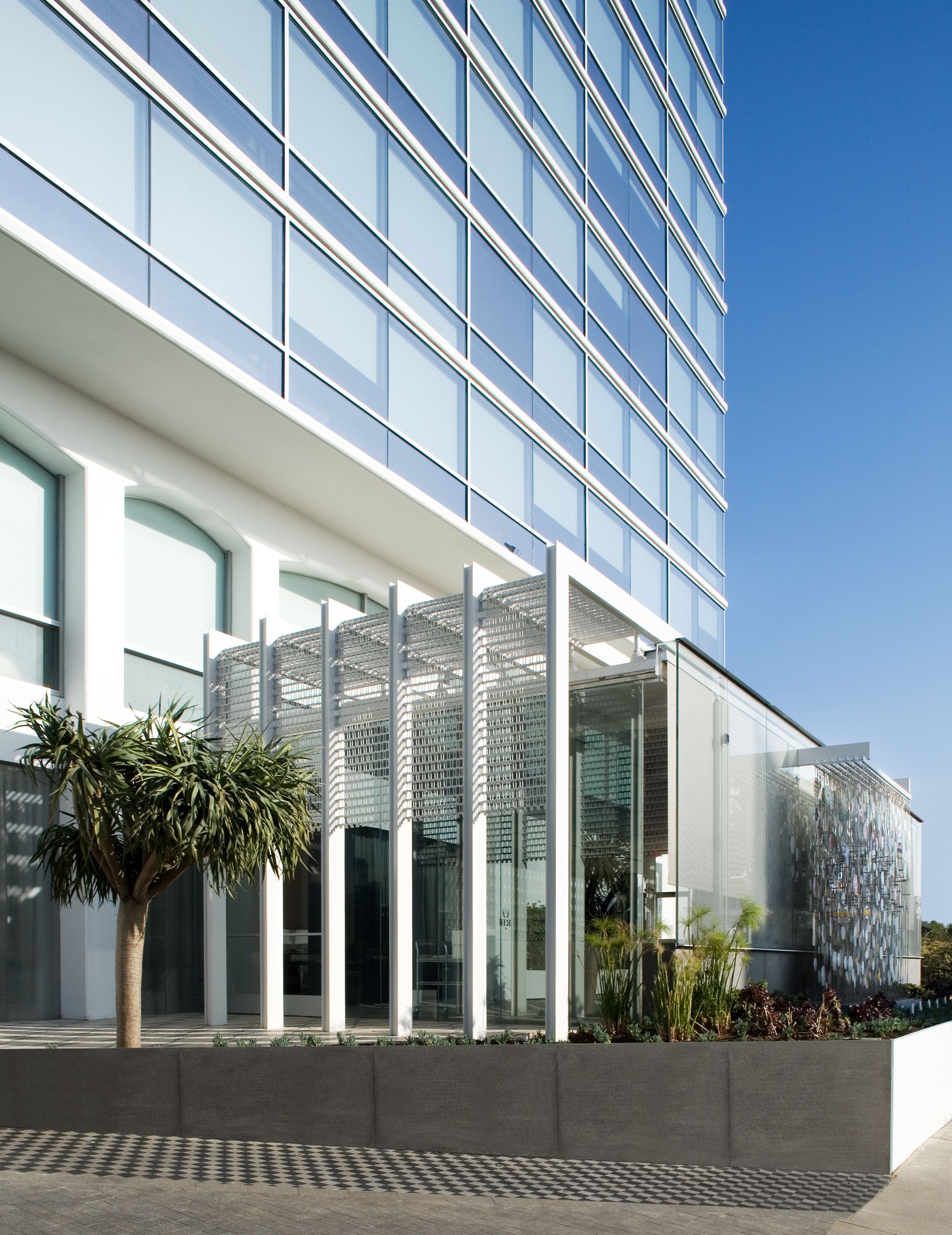 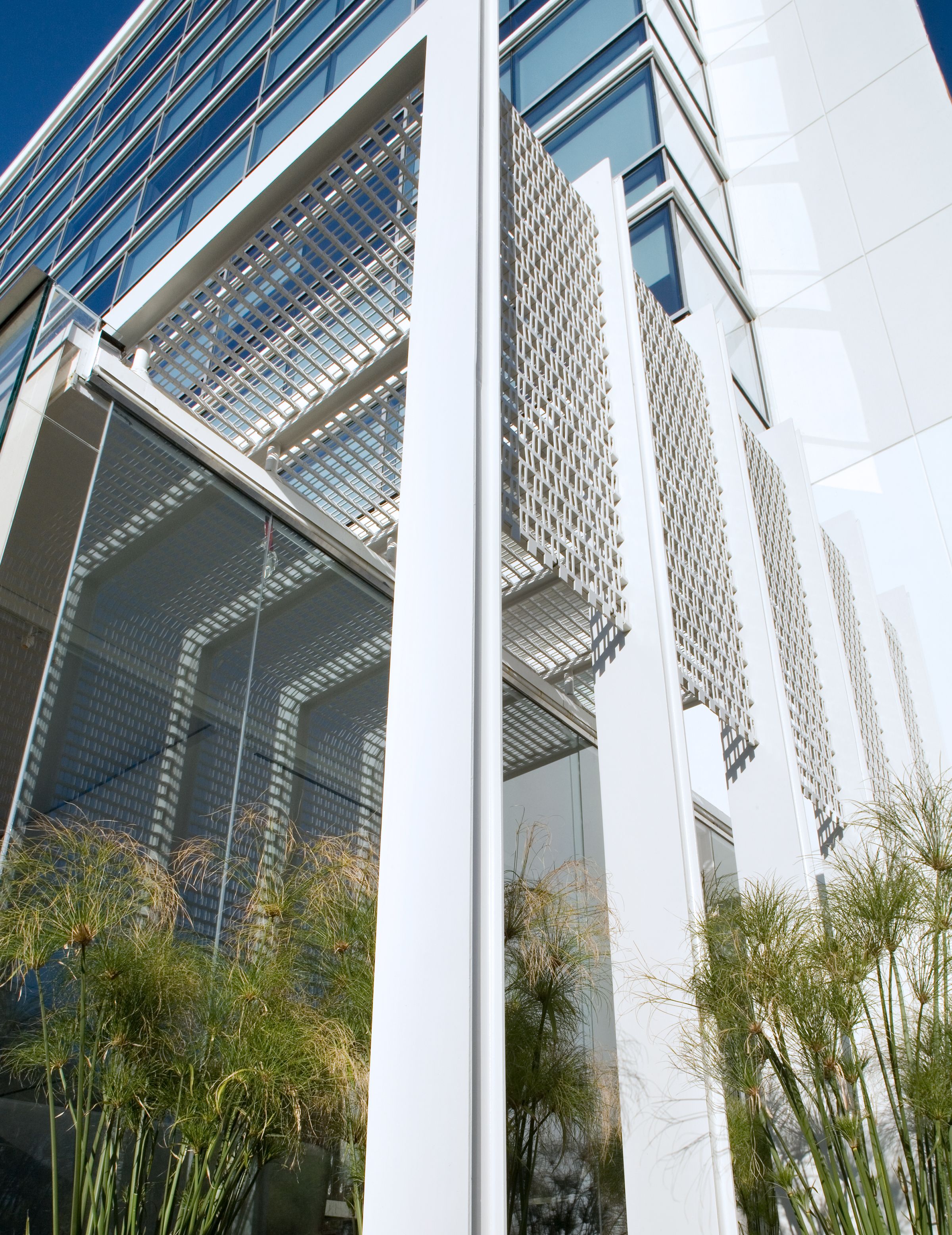 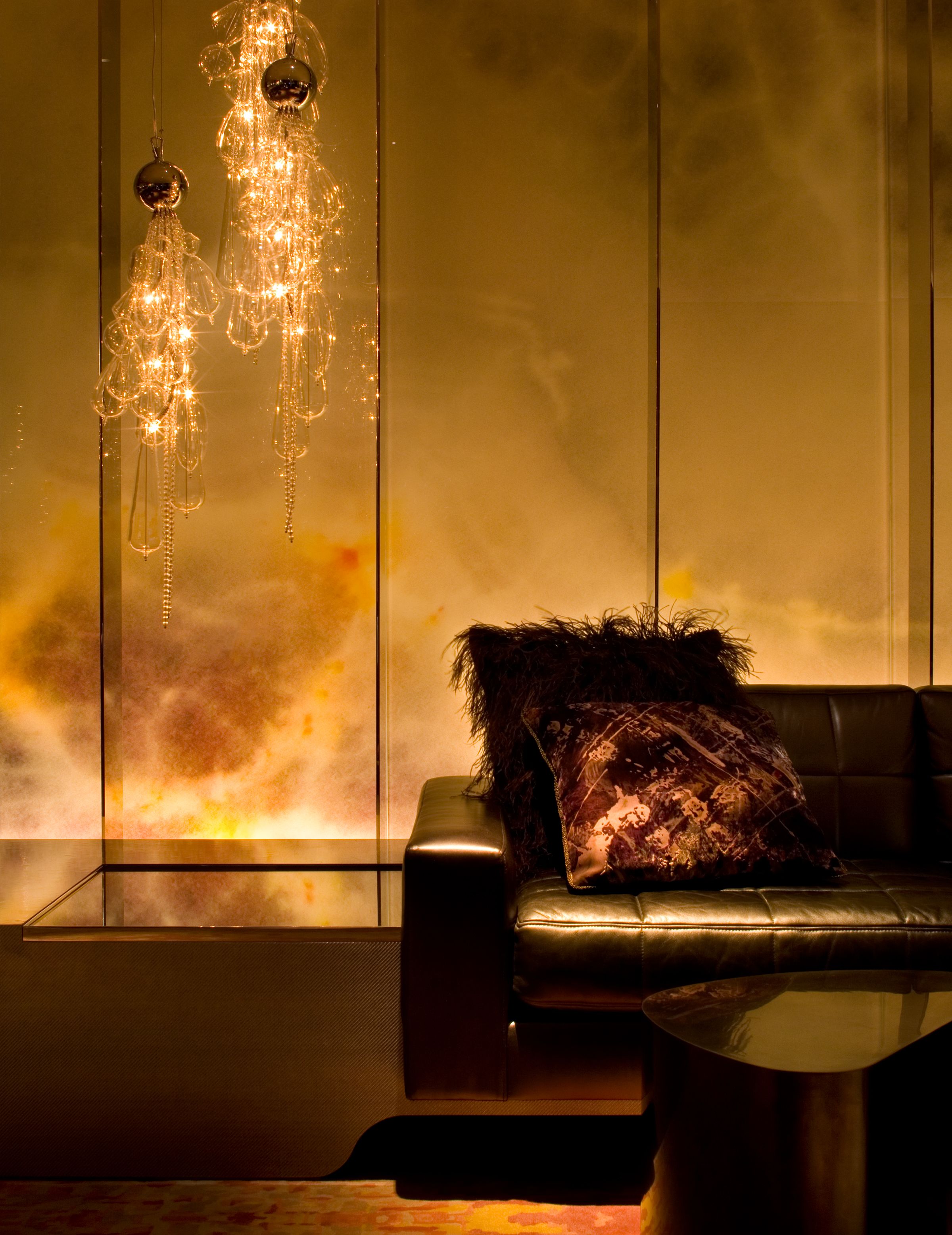 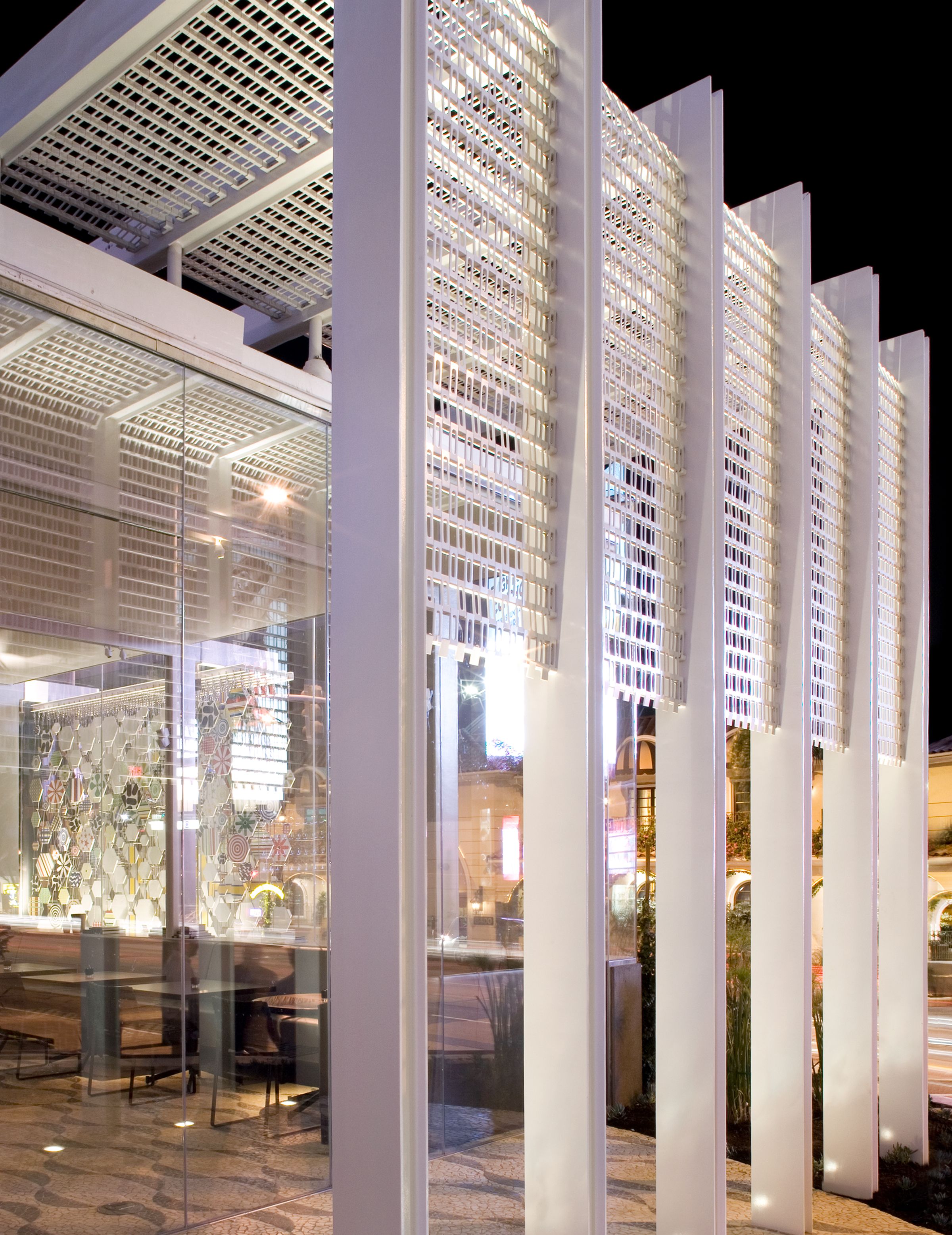 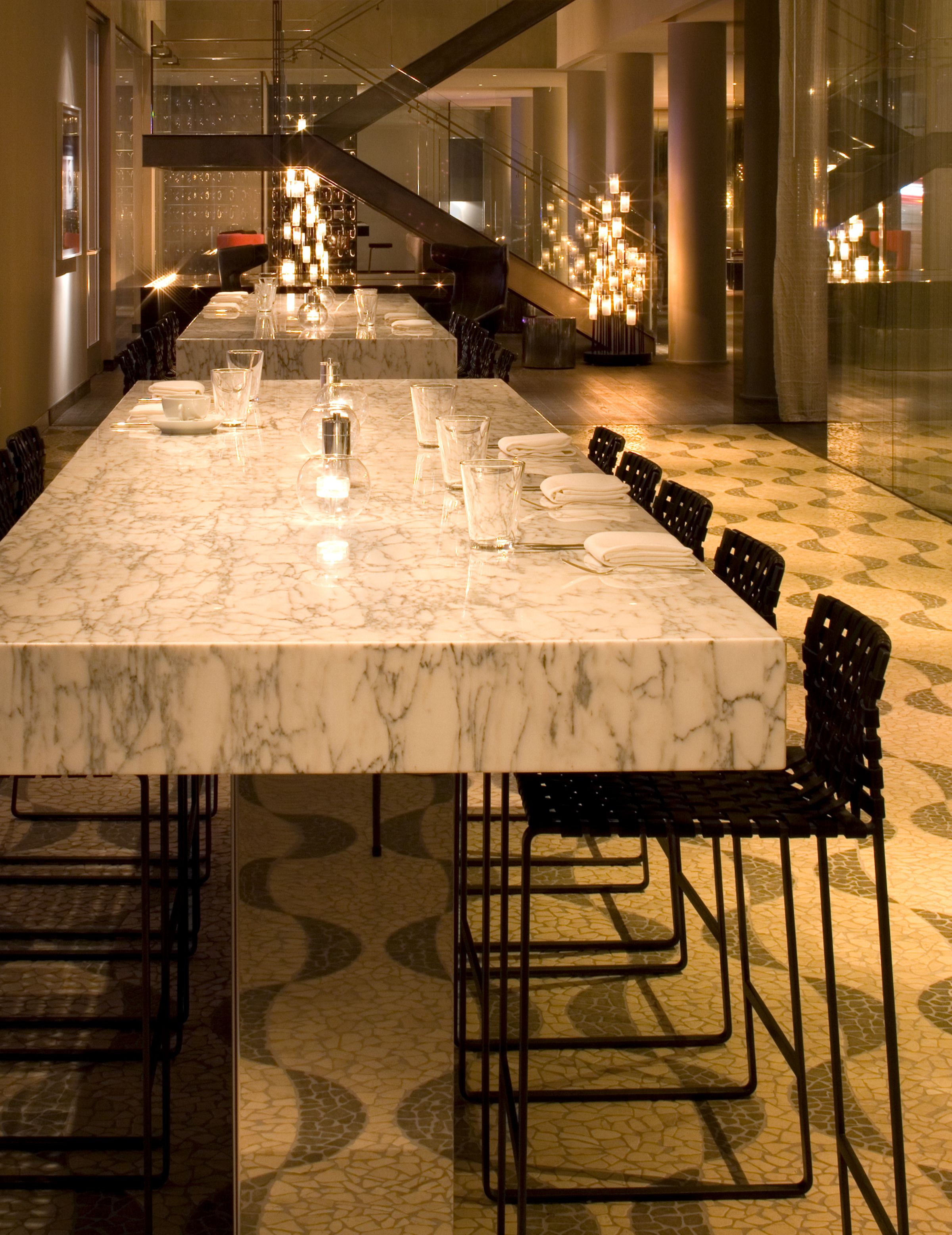 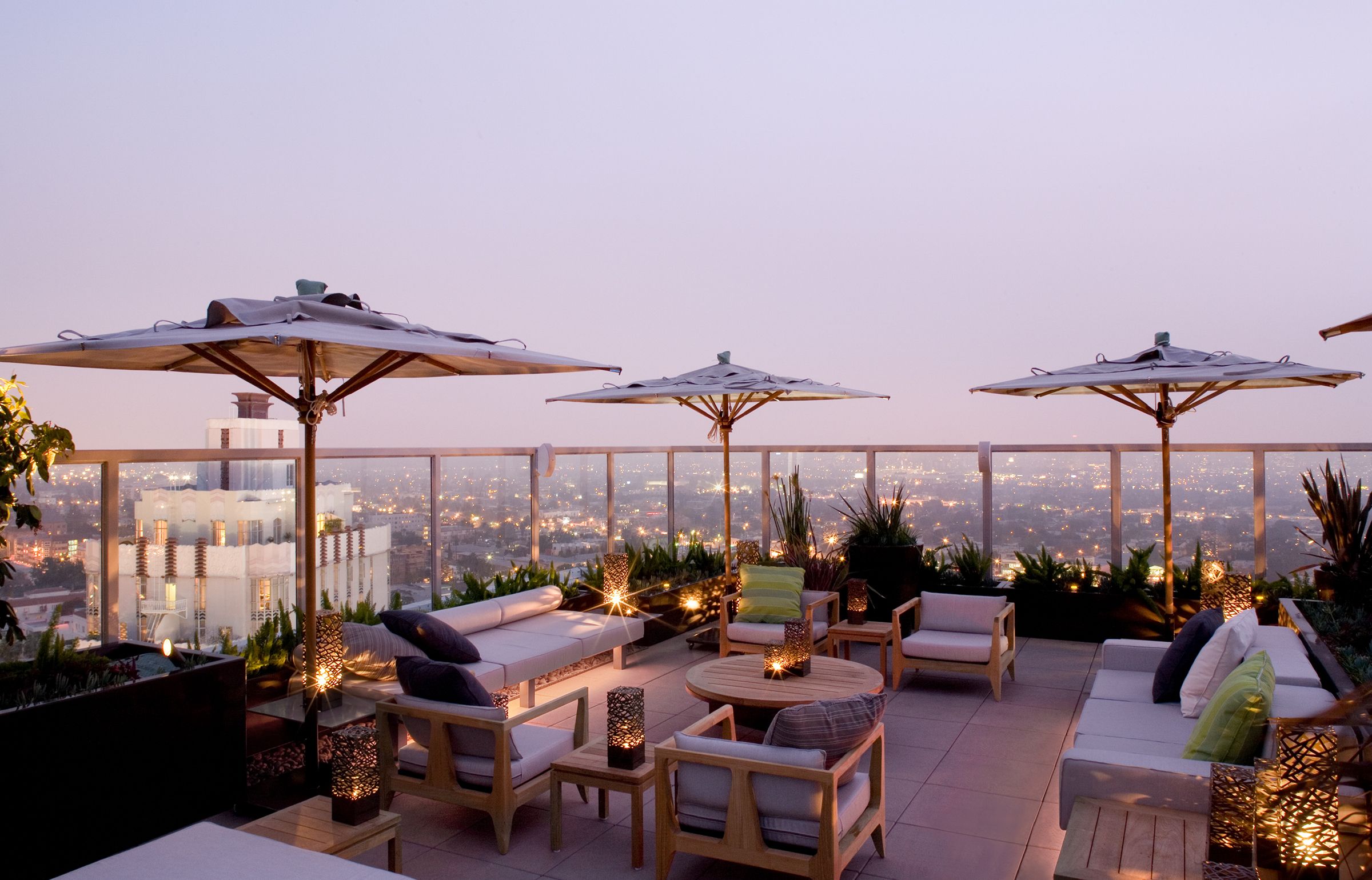 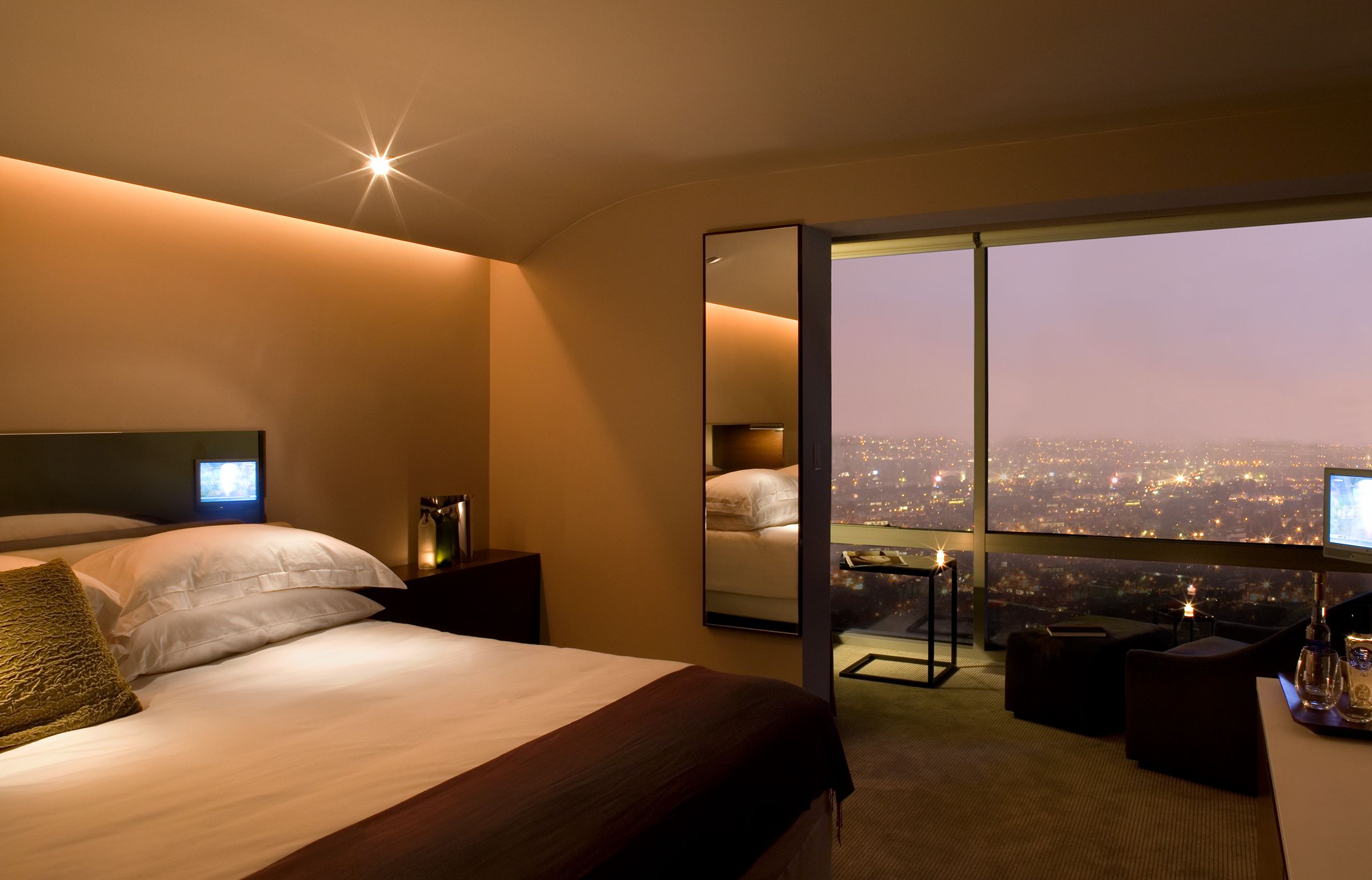